Reading is considered a healthy escape from reality many times. We can dedicate a couple minutes or hours to read a science fiction book, but there are other types of books that are actually based on reality. Their intention is not to help you escape, but rather inspire you to take action.

In this case you will be offered a list of 10 black authors everyone should read.

Incredible black people that deepen everyone’s understanding of what the black community has had to go through, written with each author’s special touch.

1. James Baldwin. “Go Tell it on the Mountain” is one of his recommended books. Throughout the pages of it you discover the life of a young black boy who is gay, while his father is a preacher. It is a semi-autobiographical novel that will give you a very personal insight of what a boy had to live in order to understand himself and his identity.

2. Phoebe Robinson. “You Can’t Touch My Hair and Other Things I Still Have to Explain” is an amazing book from this black female author. With her very unique, extrovert and funny personality, she manages to express some micro-aggressions that black women go through in the 21st century. Of course, she also talks about race and gender problems, which is a quite serious subject, but yet, you will read about these subjects in her very own hilarious way.

3. Audre Lorde. “Sister Outsider: Essays and Speeches” is a compilation of essays and speeches regarding feminism, written by herself from 1976 to 1984. In this book you can find the breaking and strengthening experiences that the author has gone through in her life as a black lesbian woman. She writes about a variety of issues that share the same kinds of roots, like homophobia, racism, sexism, and ageism. It has been controversial due to her brutal honesty and point of view towards these issues and they way society has tackled them.

4. Toni Morrison. “The Bluest Eye” is not a book for any person. Morrison wrote this novel in 1970, but the story is centered in 1941, and it tells the story that surrounds a young African American. The book tackles white beauty standards as the main character is so depressed due to constant comments on her physical features that she wishes she had blue eyes. Some topics in the novel are so controversial, that many times there have been attempts to actually ban it from libraries and schools. 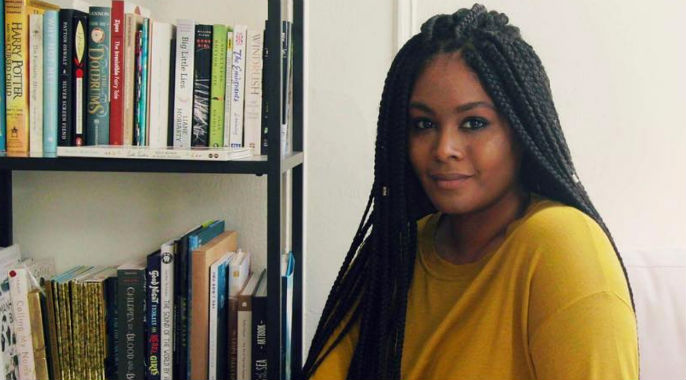 5. Vashti Harrison. “Little Leaders: Bold Women in Black History” is the book every child should know, especially young black women who would like some inspiration from women that look proudly just like them. The book talks about 40 great black women that changed the world in some way. Perfect for looking up to a role model at a young age!

6. Nic Stone. “Dear Martin” is a title that is subtly dedicated to Martin Luther King Jr., when a black boy that attends a white predominant prep school is mistakenly handcuffed by a police officer who thought he was attacking a drunk friend, who he was actually trying to help. From that experience the main character finds out the raw truth about being black in a white world and he questions: why should you try to be your best in a world that already assumes the worst of you?

7. Solomon Northup. “Twelve Years a Slave” is an 1853 narrative told by Solomon where he shares his life as a free black man living and working peacefully in New York, until he was tricked into going to Washington where he was captured and sold as a black slave. Solomon narrates the twelve heartbreaking and lonely years he lived as a slave in Louisiana.

8. Alex Haley. “Roots: The Saga of an American Family” is the perfect book for African American appreciation. This novel tells you the story of an African who was sold into slavery as a teenager and then transported to North America. The book makes a genealogical track from this point to all the descendants he had in the United States.

9. Margot Lee Shetterly. “Hidden Figures” is a story that begins in the 1930s of how three African American women that worked as human computers, as mathematicians were called back then, for the NASA. It takes you through the way that they bravely and whole-heartedly overcame discrimination at a time when women were considered inferior to men, and black people were considered inferior to white people.

10. Nelson Mandela. “Long Walk to Freedom” is a 1994 autobiography of Mr. Mandela’s life. You will read about his career as a lawyer, his work in the African National Congress, and the 27 years he spent in prison and how every single experience he lived affected his perspective until he became president of South Africa in 1994.